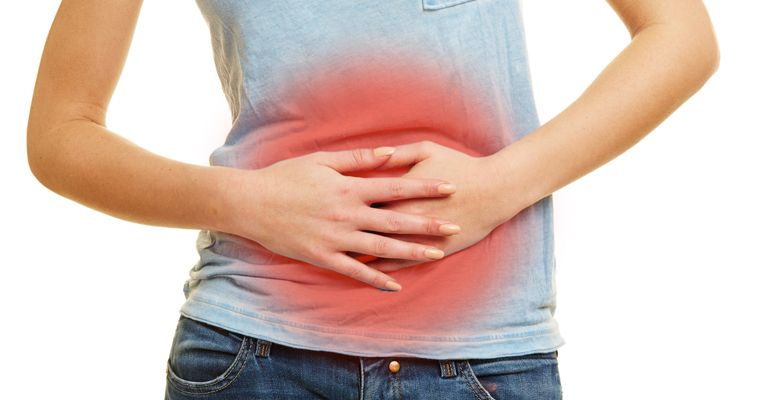 What is irritable bowel syndrome ?

colon, also called large intestine. Passing speeds that are too fast or, on the other hand, too slow will cause different symptoms. The colon does not have time to absorb the water in the food when the contraction and relaxation phases of the bowel muscles are faster or stronger than normal. This causes diarrhea.

Conversely, when contractions are slower and weaker, the colon absorbs too much fluid. This results in the stools produced being too hard and dry. This is known as constipation.

Depending on the type of main symptoms, 3 sub-categories of irritable bowel syndrome can be distinguished. These are as follows :

What are the symptoms of irritable bowel ?

The severity, type and number of symptoms vary greatly from person to person. Some individuals may experience many of the following symptoms.

These symptoms usually occur after meals and may be increased depending on the type of food ingested. They evolve in relapses separated by periods of calm known as periods of remission. Once assembled, these symptoms can be divided into the subcategories of Irritable Bowel Syndrome as seen above.

To date, no formal cause has yet been identified, but probable leads are being considered.

What are the causes ?

Although the causes of irritable bowel syndrome are not really known, several intestinal dysfunctions have nevertheless been observed in patients suffering from this syndrome. These dysfunctions are as follows :

1 - An abnormality of intestinal motricity

As seen above, it is the contractions in the small intestine that seem to be the main mechanism involved. These contractions, either too slow or too fast, cause constipation or diarrhoea, hence the so-called functional colopathy.

2 - A disorder of intestinal sensitivity

Other findings suggest that intestinal inflammation due to abnormalities in the bacterial flora located in the intestine may also be involved. This has been observed in patients who have suffered from acute intestinal infection.

These are observations that have been made in patients who suffer from moderate intolerance to lactose, which is considered "milk sugar". It is classically found in cow's or goat's milk, powdered milk, butter, cheese, fresh cream, milk-based drinks and desserts, etc.

Patients suffering from gluten intolerance are also prone to irritable bowel syndrome. Gluten is still called "cereal protein" and is found in wheat, oats, barley, flours, biscuits, pasta, and all foods that contain any of the cereals listed above.

Apart from these probable organic causes, several other factors have been identified as being related to irritable bowel syndrome.

What factors cause irritable bowel syndrome ?

Common factors have been implicated in several patients suffering from irritable bowel syndrome.

About half of the people with functional colopathy admitted to being under stress. They link periods of fatigue or intense stress with the occurrence of attacks symptomatic of this syndrome.

For example, too frequent travel, disruptions in daily life or a stressful work environment can lead to the onset of symptoms. On the contrary, relaxing trips or rest seem to reduce the frequency and intensity of attacks.

Irritable bowel syndrome affects women more frequently. Several patients have reported colopathies during menstruation. Female hormones are therefore suspected to increase the frequency of attacks. But for the moment, there is no formal evidence of their involvement.

3 - Meals that are too copious

According to some research, an unbalanced diet or overly large meals can also amplify the symptoms.

Such factors are not typical of functional colopathy and can lead to other disorders in the human body.

Irritable bowel syndrome greatly affects the quality of life because its symptoms are very uncomfortable. Let's take a look at how we can combat this condition.

How to fight irritable bowel syndrome ?

No medication to date is capable of permanently curing irritable bowel syndrome. The aim of the treatment is to relieve digestive discomfort during attacks. A gastroenterologist should therefore be consulted for the prescription of any medication he or she deems necessary, such as antispasmodics, intestinal absorbents, transit slowers, laxatives, etc.

Another effective means of combating irritable bowel syndrome is the observation of hygienic and dietary measures. Consulting a nutritionist for a personalised dietary plan would therefore be ideal.

All in all, irritable bowel syndrome is a minor ailment. Nevertheless, due to its obscure real causes, uncomfortable symptoms and high frequency, it is a disorder that alters the quality of life of those who suffer from it. In order to get rid of it, it is strongly advised to consult a psychologist who will help you to overcome the moments of crisis by identifying certain favourable factors.

The management of irritable bowel syndrome is multidisciplinary and requires efficient collaboration between the gastroenterologist, the nutritionist and the psychologist.