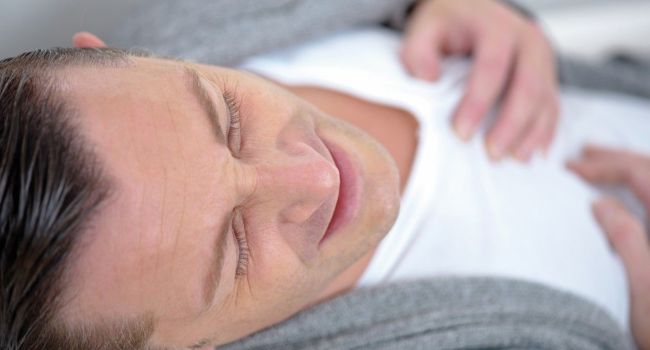 What is gastroesophageal reflux disease (GERD) ?

Gastroesophageal reflux disease, also called GERD in medical jargon, i is a chronic digestive disease that causes painful irritation of the esophagus.Fluid or food escapes from the stomach and migrates upwards into the oesophagus.

Heartburn? A feeling of bad breath? Chronic nausea? You may be prone to gastroesophageal reflux disease (GERD).

There are two categories of gastroesophageal reflux disease (GERD) :

This type of gastroesophageal reflux is intermittent and does not lead to complications. It is most often manifested by symptoms occurring after meals. Certain positions such as bending forward also trigger a brief rise in the ingested food bolus. Under these circumstances, it is said to be normal.

Physiological gastroesophageal reflux is infrequent, brief and painless. In infants, it reaches its peak around 4 months.

Gastroesophageal reflux has a well-known cause. It is a disturbance in the proper functioning of the anti-reflux system between the stomach and oesophagus.

What are the Causes ?

Between the stomach and the oesophagus there is a protective system that prevents the stomach fluid from rising up. This system is composed of :

Gastro-esophageal reflux is usually caused by a dysfunction of the lower esophageal sphincter. This is the strip of muscle tissue between the esophagus and the stomach. This sphincter opens normally to allow the food to pass into the stomach, then tighten firmly. A defective sphincter may leak the acidic contents of the stomach. This can irritate the lining of the esophagus and thus be responsible for oesophagitis (inflammation of the oesophagus).

Gastroesophageal reflux can also be linked to what is known as a hiatus hernia. This means that the stomach, through its upper part, rises with the oesophagus into the rib cage through the hiatal orifice which is the orifice of the diaphragm. And it is therefore this hernia which favours the upward movement of the gastric liquid into the oesophagus. Nevertheless, hiatal hernia is not always associated with reflux.

What are the symptoms ?

Symptoms of gastroesophageal reflux may include heartburn, regurgitation, sore throat and difficulty swallowing. Gastroesophageal reflux can cause referral, coughing, wheezing during breathing and hoarseness of the voice. These symptoms may worsen after eating, in flexion of the trunk on the pelvis and at bedtime.

They may also concern other more general signs such as :

Symptoms of gastroesophageal reflux disease (GERD) can also be described in children, especially infants. These are :

In more extreme cases, one may be faced with alarming symptoms such as :

These symptoms are said to be alarming because they require a visit to the doctor as soon as possible. They may be a sign of a complication of gastro-esophageal reflux disease (GERD) or be the manifestation of other pathologies.

Let's now turn our attention to the people who are most at risk of suffering from gastroesophageal reflux disease.

These are people who have a predisposition to the mechanisms of gastroesophageal reflux seen above. This includes :

What treatment for gastric reflux ?

In most cases, gastroesophageal reflux can be managed effectively by a well-followed medical treatment. Medications can help neutralize or reduce stomach acid, heal irritation of the esophagus and strengthen the esophageal sphincter. Obese patients must lose weight and observe good eating habits and quality sleep. In some cases we have to propose a surgical treatment.

After a well-administered drug treatment, if no noticeable improvement is observed, it may be a pathology other than gastro-esophageal reflux disease. A gastroenterologist will then carry out explorations to confirm or refute these diagnostic hypotheses.

He will perform a high endoscopy, also called fibroscopy, to observe the mucous membranes of the oesophagus and stomach. The doctor who carries out the exploration can also take advantage of it to take samples in order to determine the exact cause of the ailments that are bothering the patient.

In addition to the fibroscopy, the gastroenterologist can carry out further examinations. He can then ask for tests such as pHmetry, which is an examination that makes it possible to differentiate pathological reflux from normal reflux. The pH-impedancemetry is a slightly more advanced variant of the previous examination and it allows to differentiate the nature of the liquids (gaseous, acidic, non-acidic, etc.).

When GERD is caused by a liquid of a non-acidic nature, it is referred to as non-erosive reflux (NER). It is also possible to use tests such as high manometry and oeso-gastro-duodenal transit (TOGD) as a last resort. All this is aimed at relieving the patient by finding the real cause for an adapted treatment.